d.confestival kicks off on a high and musical note 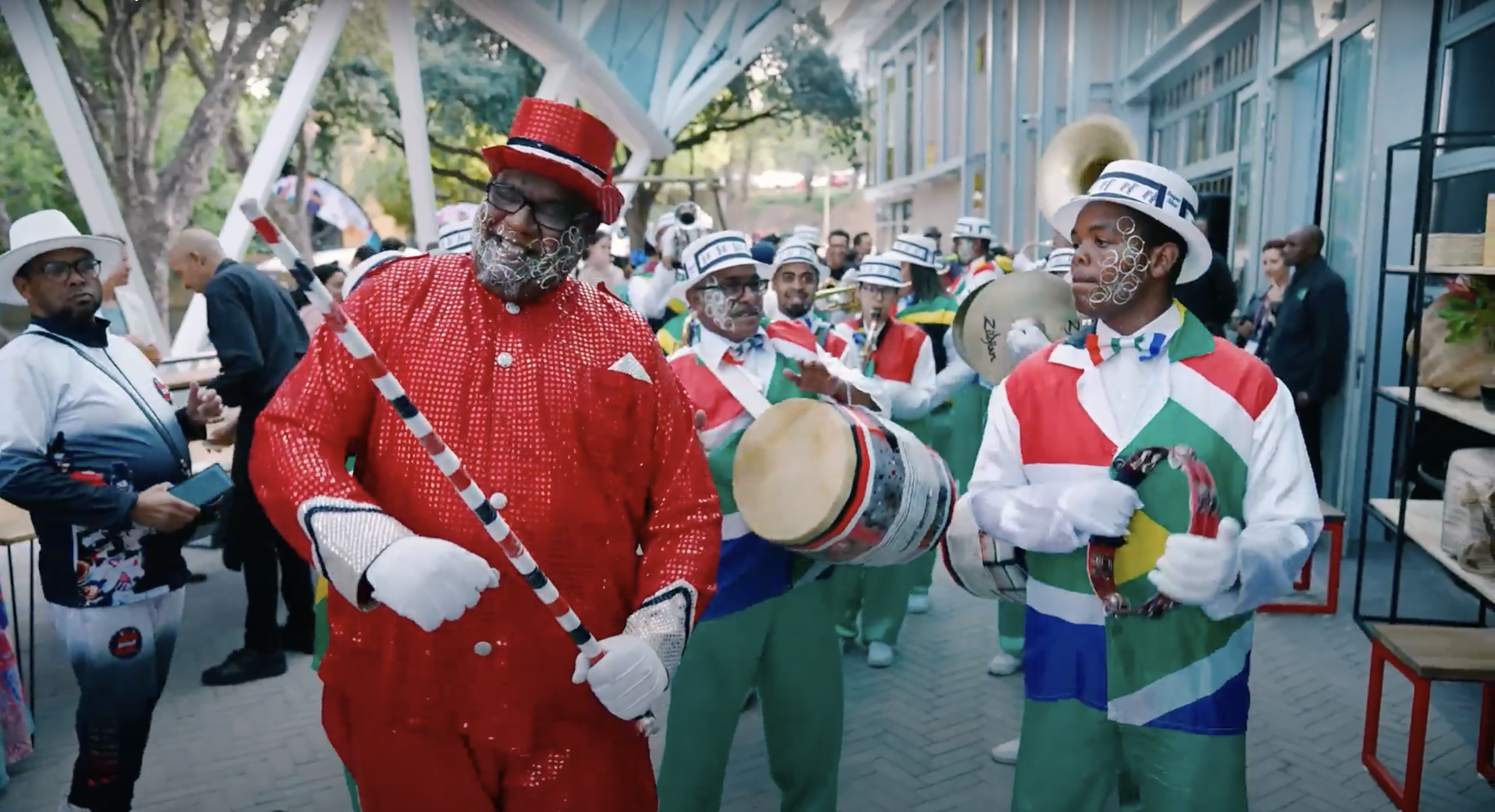 The Hasso Plattner d-school Afrika opened the doors to its new home on the University of Cape Town’s (UCT) middle campus with the launch of the d.confestival on 12 October. This three-day conference-meets-festival, themed “Design thinking matters now!”, is the first of its kind on the African continent”, and is accessible to participants streaming virtually, together with live delegates and contributors coming from as far as Germany, Egypt, Kenya, Brazil and Ghana, to name a few.

The event kicked off on a high and musical note, with a “Creative Connection” session facilitated by Peter Schaupp and the Boomwhackers Orchestra. This was followed by the keynote dialogue with the founder of the Hasso Plattner Institute and the Hasso Plattner Foundation, Professor Hasso Plattner, who was in conversation with Richard Perez, director of the Hasso Plattner d-school Afrika at UCT. Prof Plattner discussed what he anticipates for the future of design thinking and human-centred design in business, science and society. “Government projects alone cannot solve challenges and social injustices in Africa. Society has to solve it…Trust yourself that you can innovate”, he said. Perez added, “We all have the capacity to be creative. Design is too important to be left to the designers only. We all need to be involved”.

The Cape Town d.confestival is also a celebration of the Global Design Thinking Alliance’s (GDTA) fifth anniversary. Founding members of the GDTA, including George Kembel, Bernie Roth, Richard Perez, Claudia Nicolai, and Uli Weinberg, participated in a fireside conversation focused on the growth and impact of design thinking as a global movement. A birthday celebration followed with design thinking-themed cupcakes and the singing of the birthday song in a language of each delegate’s choice.

A panel discussion, titled Creative Problem-Solving and Innovation in Cross-Cultural Contexts led into parallel sessions that allowed virtual and in-person delegates to connect in small breakaway groups to explore design thinking in different contexts. In one of the sessions, delegates explored a case study from Chile, where human-centred design is used to help local farming communities carry out government-funded projects. Jenni van Niekerk, d.confestival programme curator, who facilitated the discussion in Spanish and English explained that language need not be a barrier to collaboration, adding, “We have so much more in common between Africa and South America than in Africa and Europe, which is where we look to for so much of our knowledge base. While we are developing our knowledge base, how much more would we have access to if we collaborated and shared solutions with continents with similar economic and social challenges and a shared history of colonialism? There’s so much that can be done.”

Throughout the day, delegates enjoyed entertainment and experiences that allowed them to connect through music, dance, and food with a distinctly ‘Afrikan’ theme.

There are two days of the conference remaining. Day two includes d.safari tours across Cape Town’s innovation ecosystem to witness design thinking in action and the official opening of the HPI d-school building, home to the Hasso Plattner d-school Afrika at the University of Cape Town.

Stay tuned for more highlights of the festivities! Subscribe to keep up with the latest news, insights and programmes from the Hasso Plattner d-school Afrika at the University of Cape Town.