Design thinking and Ubuntu – a shared spirit of empathy 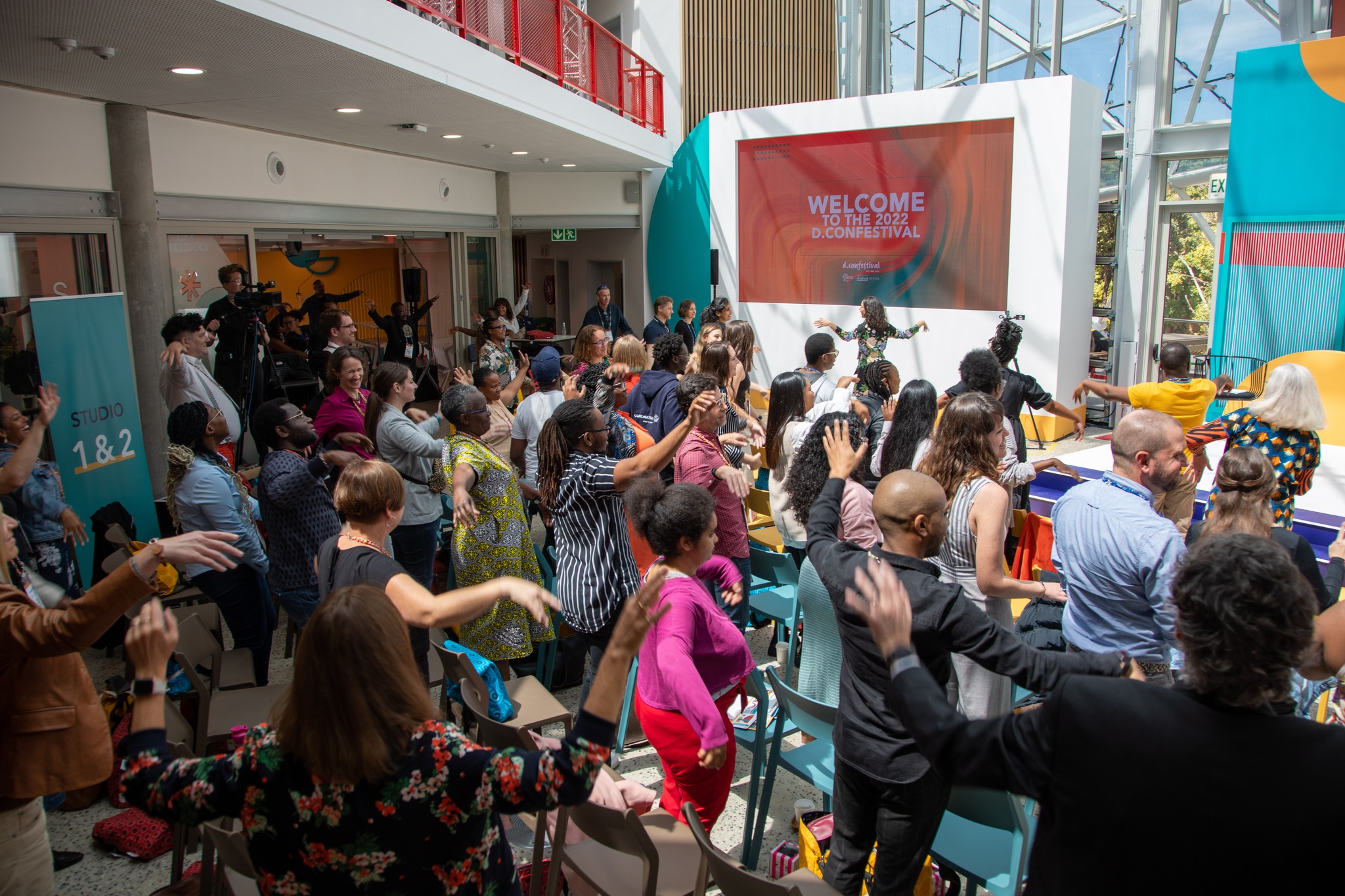 Africa’s first d.confestival – a design thinking conference-meets-festival hosted by the Hasso Plattner d-school Afrika at UCT in October – brought together a boisterous mix of change-makers from business, government, education, and social development to celebrate the success of design thinking globally and explore its potential for dialling up Africa’s creative potential to solve complex problems across the continent.

For George Kembel, entrepreneur, educator, investor, and co-founder of the Stanford d-school in the US, design thinking has almost nothing to do with thinking as we know it. “If you look into them,” he says, “most of the design thinking practices are invitations to a different way of being, a more embodied way of being — helping us to feel another person, to use our emotional intelligence to understand the needs that really matter.” For him, design thinking seeks mostly to harness empathy.

Kembel was a keynote speaker at this year’s d.confestival, held in October at the new HPI d-school building at UCT’s middle campus, one of the greenest academic buildings in Africa.

Hosted by the d-school Afrika and the Global Design Thinking Alliance (GDTA), the conference-meets-festival hybrid event celebrated design thinking’s global successes while exploring its potential application in Africa. A major focus was on design thinking’s ability to deliver value in an uncertain, volatile future. Will its experimental, iterative, creative, and empathetic nature still work for complex problem-solving in the complex world of tomorrow?

For some, design thinking’s potential, at least for Africa, lies in its spirit of empathy, which it shares with the African philosophy of ubuntu.

For Hoda Mostafa, Center for Learning and Teaching Director at the American University in Cairo, who hosted a session called Creative Problem Solving and Innovation in Cross-Cultural Contexts, design thinking is authentic and familiar to people in Africa. “It’s reflected in how we tell stories, invite conversation, and work together as communities.”

A first-of-its-kind event, the d-convestival married the rigour of an academic conference with the boisterous, interactive experience of a cultural festival, giving international innovators, design thinkers, and change-makers from business, government, education, and social development a novel opportunity to try out the design thinking approach within an African context.

The d-school was officially opened at a gala reception on Thursday, 13 October, with the unveiling of the plaque ceremony for the Hasso Plattner d-school Afrika building. In attendance were d-school founder, Prof Dr Hasso Plattner, UCT Vice-Chancellor Prof Mamokgethi Phakeng, Director of the Hasso Plattner d-school Afrika at UCT Richard Perez, and Andreas Peschke, German Ambassador to South Africa. Once the formalities were concluded, guests took to the dance floor to celebrate well into the night in the company of house trio Mi Casa, and DJ Rene The Frenchman.

“I am convinced that design thinking is the best mindset and toolset for solving complex problems,” says Uli Weinberg, GDTA president and director of the School of Design Thinking at the Hasso Plattner Institute, Potsdam. “Its implications for Africa are staggering, for designing what really matters on the continent.”

“It’s all about the students,” says Prof Dr Hasso Plattner. “Whether they come from Cameroon, Nigeria or the suburbs of Cape Town, it doesn’t matter. The idea is that we can educate them to trust themselves that they can innovate.”

Ralitsa Diana Debrah, design educator and researcher at Kwame Nkrumah University of Science and Technology, Ghana, believes that design thinking, once taken into African communities, will unlock local creative resources. “Once we shift this tool into local communities,” she says, “it will give us the chance to actually address local problems using untapped indigenous knowledge systems, a strength within the African context.”

This is one of many strengths Paul Steenkamp, founder and chief executive officer of Jack Frost, a problem-solving consultancy, says can now be amplified and built upon with design thinking. “There is this opportunity to consolidate and acknowledge all that makes us African,” he says, “and channel it into solving our greatest problems.”

Director of the Hasso Plattner d-school Afrika at UCT, Richard Perez, says that design thinking is incredibly effective and has significant potential to be scaled up in Africa precisely because it feels familiar.

“And that is key if we on the continent want to respond to the challenges we face locally and globally by unlocking our collective creative potential by using this ubuntu-like approach,” he says. “It seems only natural.”

The d-school Afrika is a member of the GDTA, an alliance of 22 educational institutions dedicated to teaching, researching, and developing the methods and mindsets of design thinking. UCT is also one of only three institutions in the world to have design schools. The other two are Stanford University in the United States and Potsdam University in Germany.