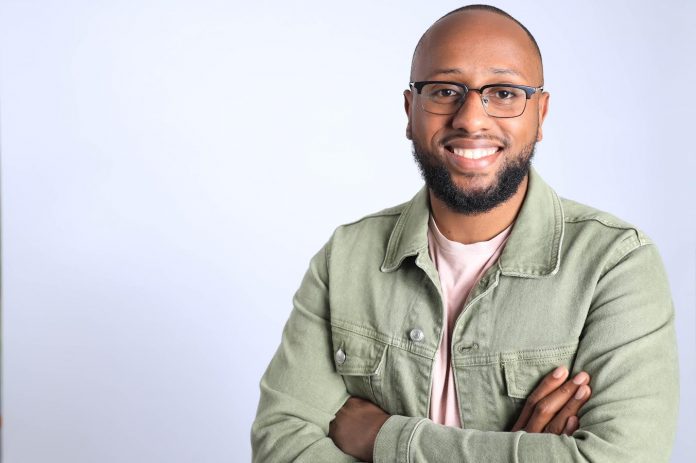 First as an award-winning engineering student at UCT, now as a technopreneur and product manager in fintech, Ntsako Mgiba has discovered how design thinking principles can innovate business and tech in Africa.

How do you secure a home without reliable electricity, access to Wi-Fi, or an official and visible street address?

These questions have perplexed and frustrated big-name security companies eager to do business in South Africa’s township communities, limiting the development of this market segment. Not that the need doesn’t exist. Although statistics tell us that home break-ins are more common in white and affluent neighbourhoods, this demographic is also more likely to report them for insurance claims. Township households still suffer the same or worse fate – it’s just that these crimes largely go unreported in their neighbourhoods.

Aspiring technopreneur Ntsako Mgiba is all too familiar with this discrepancy. Some years ago, while living with his aunt in a township in Mpumalanga, thieves broke into the house while everyone was sleeping and stole laptops, smartphones, and other tech worth tens of thousands of rands. There was no alarm or security system. A few weeks later, as he resumed his studies in mechatronics at the University of Cape Town, his aunt informed him that burglars had returned for a second time.

Angry at the lack of protection afforded to his aunt, Mgiba and his flatmate, finance student Ntando Shezi, began experimenting with ideas for an alarm that would meet the needs of township residents. At the time they were participating in UCT Upstarts, a ‘social innovation challenge’ launched by the university in 2015 to support students to develop novel business ideas.

It didn’t take long to realise that any solution they proposed would have to go well beyond savvy tech. The series of pop-up classes and workshops they were attending as part of the Upstarts competition helped them understand that knowing their potential users was vital to the success of their innovation. This, Mgiba would learn, is one of the principles of design thinking, a human centric, problem-solving mindset and toolkit that is rapidly gaining ground around the world.

“Design thinking was kind of infused into the programme,” recalls Mgiba. “You had to speak to users, you had to validate concepts, we did rapid prototyping – these are all core design thinking concepts.”

The design-thinking principles were reinforced by the formal curriculum, which, today, has been incorporated across the engineering faculty with courses presented by the University’s Hasso Plattner School of Design Thinking, or d-school Afrika, one of only three such university-based d-schools in the world.

The design-thinking approach is so effective because it shows students how to break down complex, real-world problems and generate fresh solutions that address the needs and struggles of people. Those lessons came in handy in the development of Jonga, the home alarm – and company – that Mgiba and Shezi eventually established.

As Mgiba explained in an article in The Guardian, at the core Jonga’s development was understanding the reasons why his aunt’s household, like many others in townships, had to make do with only the basic home security measures – burglar bars, dogs, and lapsed alarm contracts – and then addressing each challenge with bespoke solutions. Jonga’s battery is good for six months on a single charge, so it works even when ESKOM doesn’t; the alarm is also wireless and easy to install, so no additional costs are incurred. It communicates wirelessly with a phone app. And, critically, its monthly charges are a fraction of those paid in the suburbs.

“As an engineer, you design things for people and for people to interact with,” says Mgiba. “It’s extremely important that you put the user or the person at the centre of anything that you design.”

This approach not only helped Mgiba and Shezi win the Upstarts competition, but it earned them top honours in the Santam Safety Ideas Challenge in 2017, saw them named the Africa winner in the Global Social Venture competition that same year, and took them to a top-five spot at the Diageo Social Tech Challenge.

From the beginning, looking at the big picture – a fundamental of design thinking – has been embedded in Jonga: jonga, after all, means “to look” in isiXhosa. It’s allowed them to imagine the growth of their business through a partnership with Coca-Cola and its Bizniz in a Box spaza shops, as well as further exploration of opportunities in South Africa’s wealthier suburbs.

Mgiba insists that design thinking is the perfect tool for aspiring African entrepreneurs, not only because of its emphasis on empathy with the end user, but because its rapid prototyping and adaptative tendencies make it fit-for-purpose for navigating the development and business challenges unique to Africa – a place where need is often overwhelming and variables fluctuate. Mgiba seeks to bring a design thinking focus into his job as product manager for local fintech start-up, Yoco, which is providing novel financial solutions to the country’s underserved small- and medium-sized enterprises, and even beyond this role to an informal community of over 200 young black founders he has brought together.

“Design thinking is a very common school of thought among us,” Mgiba says. “We may not all call it by that name, but definitely the principles and the tenets – user-centredness, prototyping, adapting – are being embraced among African entrepreneurs.”

And given that there are vast, under-served communities across the continent just waiting for the right product or service to meet their needs, the opportunities for African entrepreneurs that are prepared to think a little differently, seem endless to Mgiba.

“I think we are on the right track. This is a mindset that can help change how business and tech work for good in Africa.”

Richard Perez is the founding director of Africa’s first school dedicated to Design Thinking, the Hasso Plattner d-school Afrika at the University of Cape Town, which offers the Foundation Programme in Design Thinking.